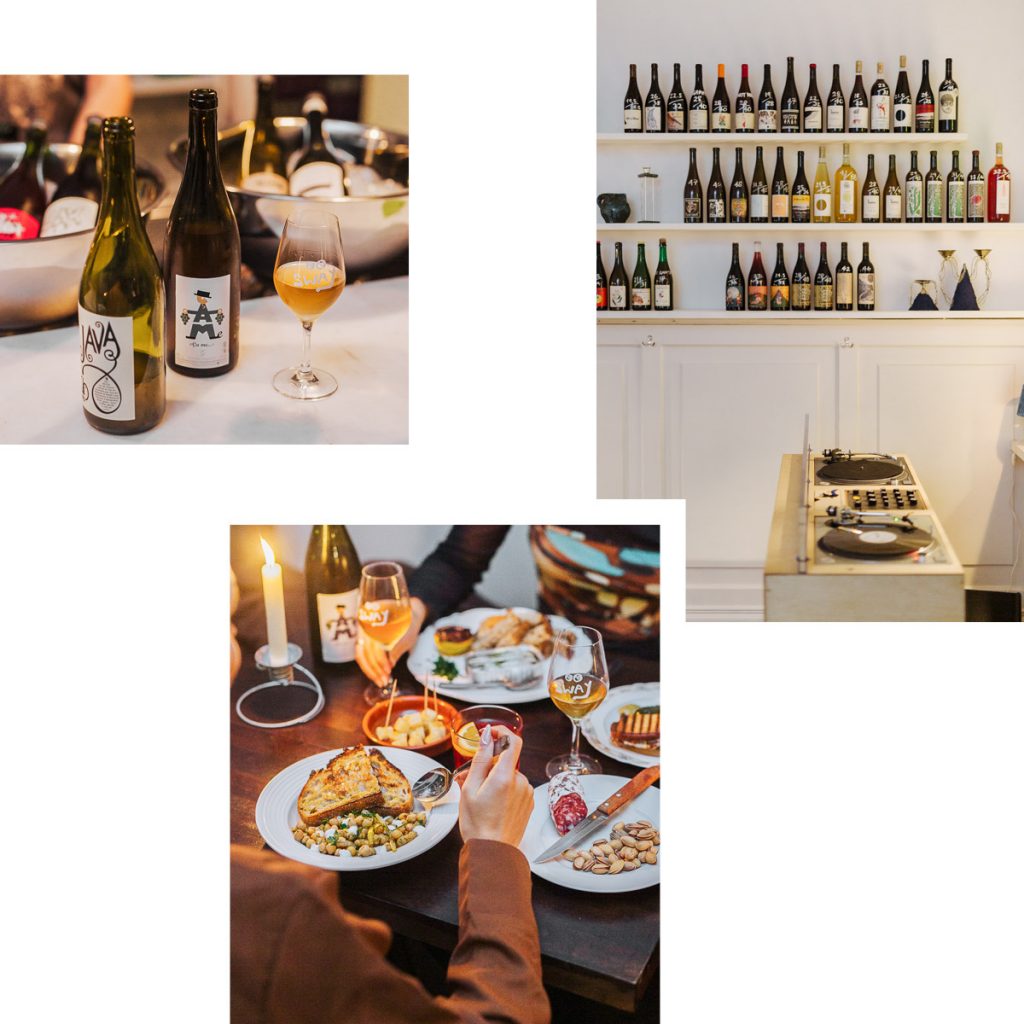 “Accidentally good” is how one of the owners of Sway describes the Pannierstraße bar. While this downplays the quality and intention behind the space, it’s also exactly what’s appealing about it: the story of a group of friends that took something natural to them – drinking wine together in their living room and sharing conversation and snacks late into the evening – and brought it into a public space. Behind Sway are four founders: Jamie Tiller (wine), Rohan Bell-Towers (snacks), Hayley Morgan (decor) and Tasya Kudryk (spiritual guidance). Collaborating with them are creative and musical friends – graphic design by Munich record label Public Possession, a lamp by Anna Santangelo and, on some nights, records played on a mixer by Resør and handbuilt speakers from H.A.N.D. HiFi.

Jamie pours one of eight rotating wines available to drink by the glass or bottle (you can take away too). All are zero-zero – that is, natural wines with nothing added. These are the wines that he likes to drink – all organic and made in small quantities by producers outside the conventional industry. They taste exciting and lively on the palette; we particularly liked the slightly sparkling Lambrusco from Camillo Donati and the skin contact Ça me by Les Maisons Brûlées. Alongside the wines are snacks designed by Rohan to accompany your drinking – it’s a European tour with Pecorino from Italy with honey, juicy sardines from Spain with charred lemon and toast, air-dried salami from France and a grilled cheese sandwich with Bergkäse from Germany. The result is a bistro-bar that feels like how I would imagine the ultimate living room to feel. We’re just glad they decided to open it to us.