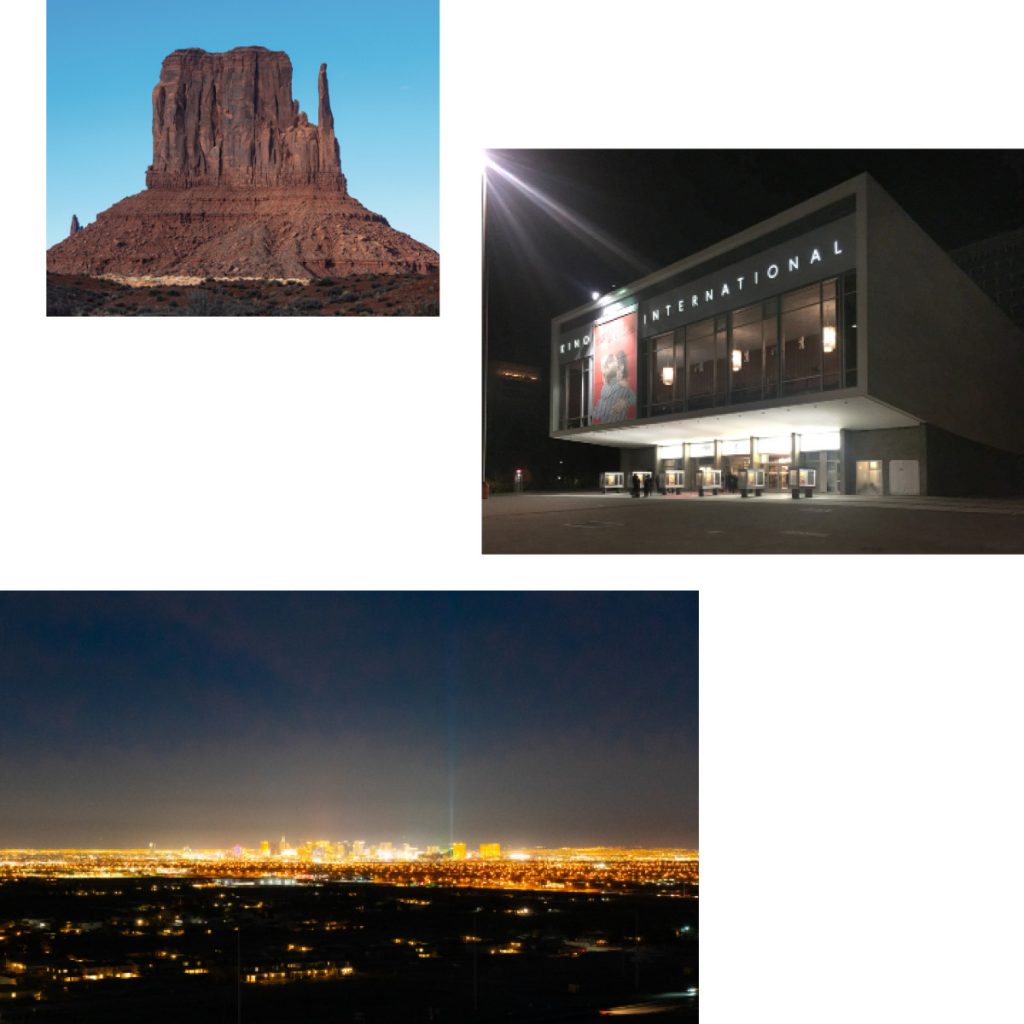 In 2020, musician Nik Emch made a three-week trip from Las Vegas to Monument Valley in Utah. A key figure on the 1980s West Berlin punk scene, Emch was responsible for music projects Minimetal and Spoo – known as the sound of Vivienne Westwood’s early 2000s fashion shows. He was also a friend of the late Francoise Cactus (Stereo Total) and worked as a graphic artist, performance artist, photographer and now filmmaker. I don’t quite understand the reason for the trip, but it has something to do with olive oil, new and old guitars and queer country icon Mary Gauthier. The focus was America and its backstory: European settlement, Ford, colonial atrocities, the American dream and the wild wild west. Emch takes photos, and has now assembled them into a film epic comprising 700 photographic images and a soundtrack of his music, both new and old. Music albums become photo albums, the sound of bygone West Berlin united with images of the bygone wild west. You can join this 53 minute journey into the past at Kino International, the film palace of bygone East Berlin. Sexauer Gallery is organizing a special event with a screening of the film, performance and drinks.