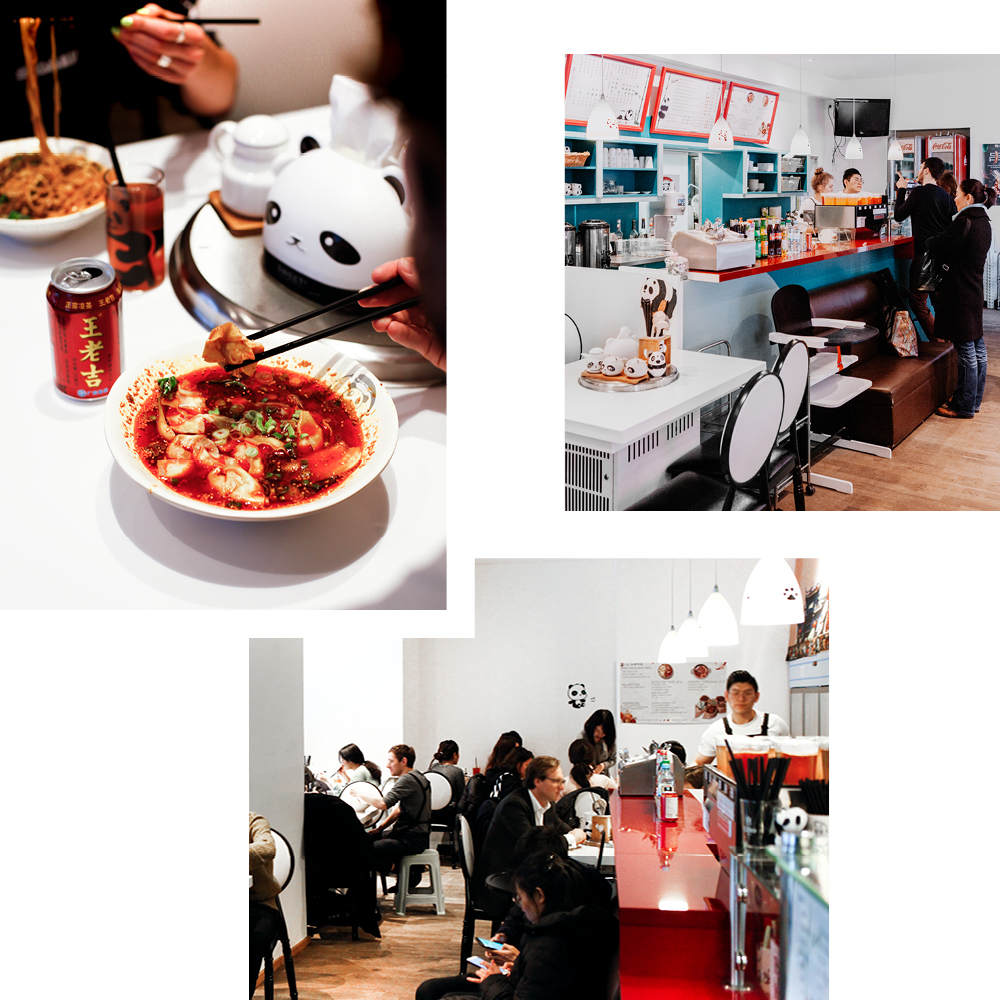 Just as I was losing all hope that my taste buds will ever find that searing sedating sensation of a Sichuan peppercorn anywhere in Berlin, Liu 成都味道 Chuan Chuan Xiang und Nudelhauscame my way. The Chengdu–style noodle shop is run by Liu Linqian and her husband, Bernhard Sroka, and is just off the Stadtmitte stop. It all started when the Chengdu–born expert baker couldn’t find authentic noodles to her tasting in Berlin. She began experimenting in the kitchen and soon became popular in Berlin’s Chinese expat community via WeChat. The shop is a no frills, order at the counter, sit and eat your delicious noodles and then make way for the new guests type setting. Pandas are everywhere as your playful companions, holding the straws, pointing the way to the bathroom, frolicking coyly over the beverage selection. If you’re like me and like to feel your food burn its way through your body, get the hottest spice level (and a side of coconut milk to serve as your safe word). If you’re less keen on being dominated by food, there are mild and non–spicy options. You can’t go wrong with any of their dishes, but my personal favorite is the Sichuan Zhajiang noodle. On weekends, try their delicious hot pot made with twenty-two separate spices imported from southwest China. (Text: Zeynep Lokmanoglu / Photos: Mina Aichhorn)

Zeynep Lokmanoglu moved to Berlin in 2018 after living in New York for most of her 20s. She has been working on a book of short stories, and enjoying the “Kaffee und Kuchen” lifestyle.