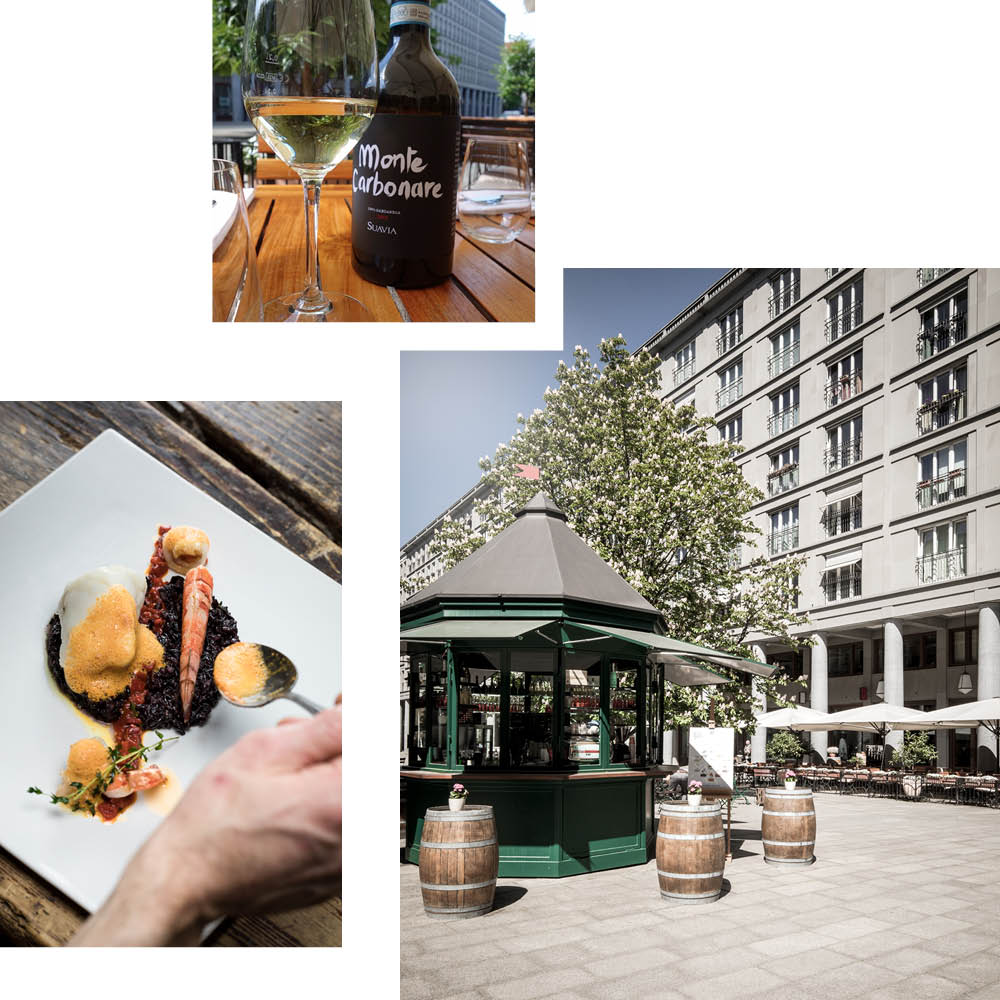 On the eastern edge of Walter Benjamin Platz stands a single chestnut tree, underneath which Enoteca Il Calice has set up a kiosk. Resembling a Parisian newspaper stand, it in fact offers Italian wines and cuisine. Placed around the “kiosko” are wine crate tables and wooden folding chairs. Gazing over the somewhat atypical yet peacefully quiet square, a symmetrical fountain on the west side catches my eye. Following the construction of the colonnades, architect Wolfgang Kil criticised their creators for having “built with great effort nothing more than “industrialized apartment blocks” from living stone”. I’m no specialist, but I do think this hidden part of Berlin provides space for contemplation. That’s why I like to come to Il Calice, read, have a glass of wine and enjoy the sun that bathes the square in light well into the evening. The philosopher Walter Benjamin, alas, had no affiliation to the square, as his family lived further south in Wilmersdorf. But I think he would have liked it. (Text: Barbara Russ / Photos: Il Calice)

Barbara Russ is a freelance journalist and translator. After having lived in Paris, New York and most recently in Düsseldorf, she has (finally) moved back to Berlin and is busy exploring her new Charlottenburg-Wilmersdorf neighborhood.