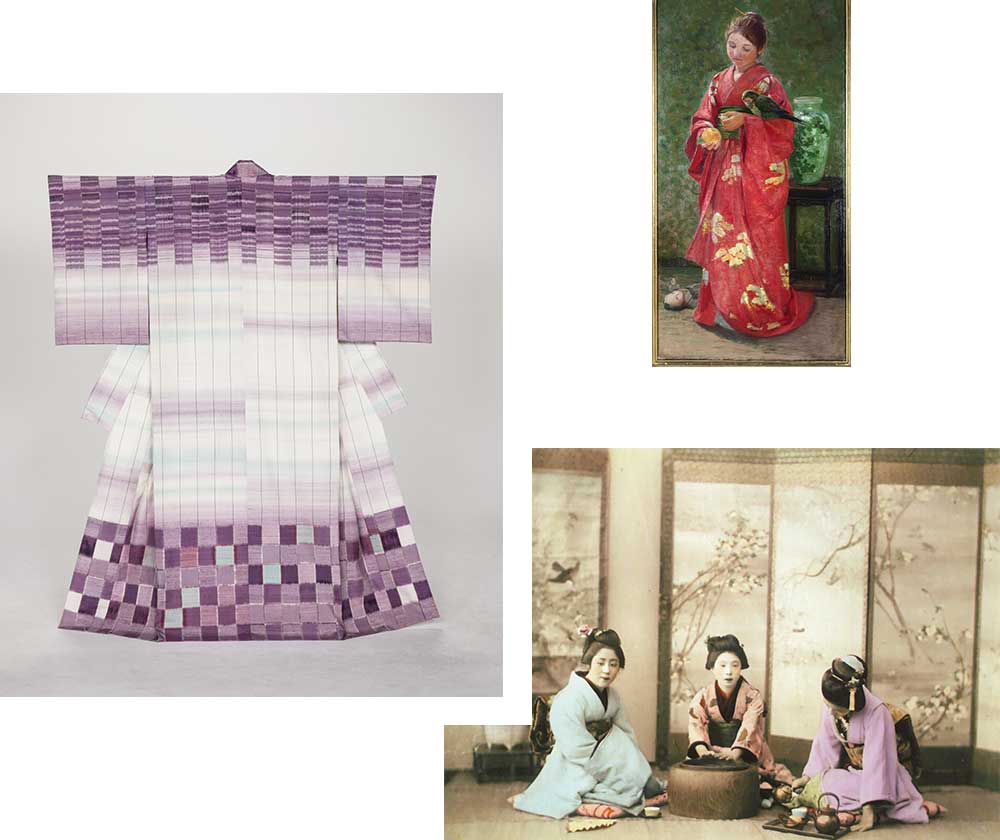 KIMONOS WITH A MODERN TWIST: AT THE BRÖHAN MUSEUM

For the past few years, kimonos have been listed as a must-have during the summer. Regrettably, it’s gotten to a point where it seems like every discount retailer now has a “trend alert” kimono rack. Cutting against this impoverishing force of Western appropriation, Japanese textile artists Fukumi and Yoko Shimura have been reviving the classic styles of their national garment. This talented mother and daughter pair uses traditional methods to weave contemporary kimonos. Inspired not only by Japanese culture but also by Goethe’s color theory, their unique silk pieces are treated with natural dyes and often named after Western plays (i.e. Othello). At the Bröhan-Museum, these garments begin to drift away from their original function, resembling abstract, natural paintings. The presentation is also complemented by art dating from the Japonisme era. It’s a great example of Japanese culture adapting on its own terms to modern times. (Text: Laura Storfner / Photo: Martin Adam (top); all images courtesy of Bröhan Museum)