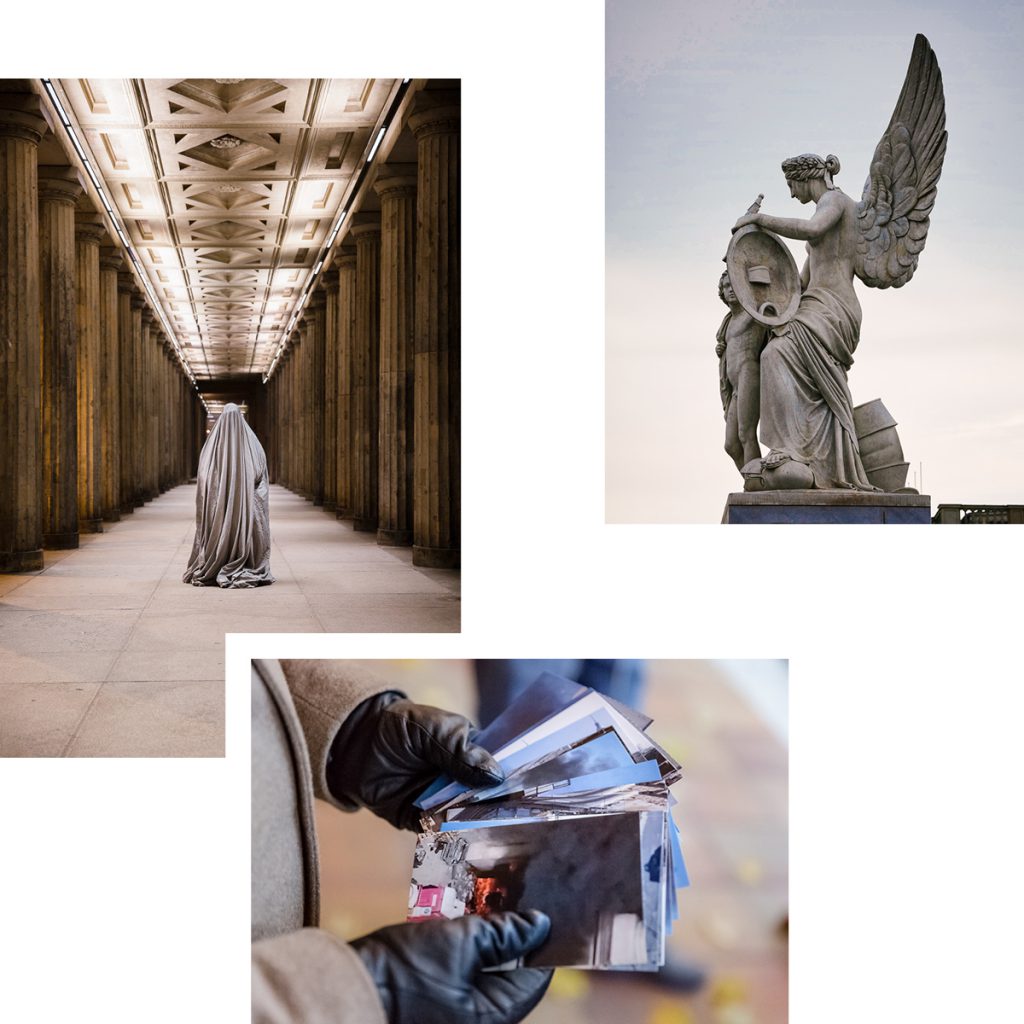 OWNED BY OTHERS: ART INTERVENTIONS AND OUTDOOR PERFORMANCES ON MUSEUM ISLAND

Since the autumn, Berlin’s Museum Island has been hosting some unusual happenings, with visual interventions and performances from more than 20 artists as part of the Owned by Others project. The idea behind this very public show: addressing the big questions of our time on a small scale. Berlin’s cultural and tourist centre offers the perfect backdrop for this, with its blend of modern-day marketing, neo-historicism and colonial-tinged architecture. Not far from the Humboldt Forum, in a currently-closed travel agent called Tropicana Touristik, the creatives have set up the “Museum Tropicana” project space, which hosts a number of interventions including those of artist Aram Bartholl, who uses a series of postcards and an Instagram Filter to offer a commentary on the the Humboldt Forum’s controversial and problem-hit construction. Discontent is also the driver of Regina José Galindo’s poetic work “Aparición”, which will see performers appear around the Museum Island as ghostly figures every third evening, marking the fact that a woman is murdered by her partner or ex-partner every three days. (Text: Laura Storfner / Photos: Lutz Henke & Andreas Gerhke)

Owned by Others interventions around Museum Island, running until the end of 2021.

Museum Tropicana can be visited by appointment, Spreeufer 6, 10178 Berlin–Mitte; map