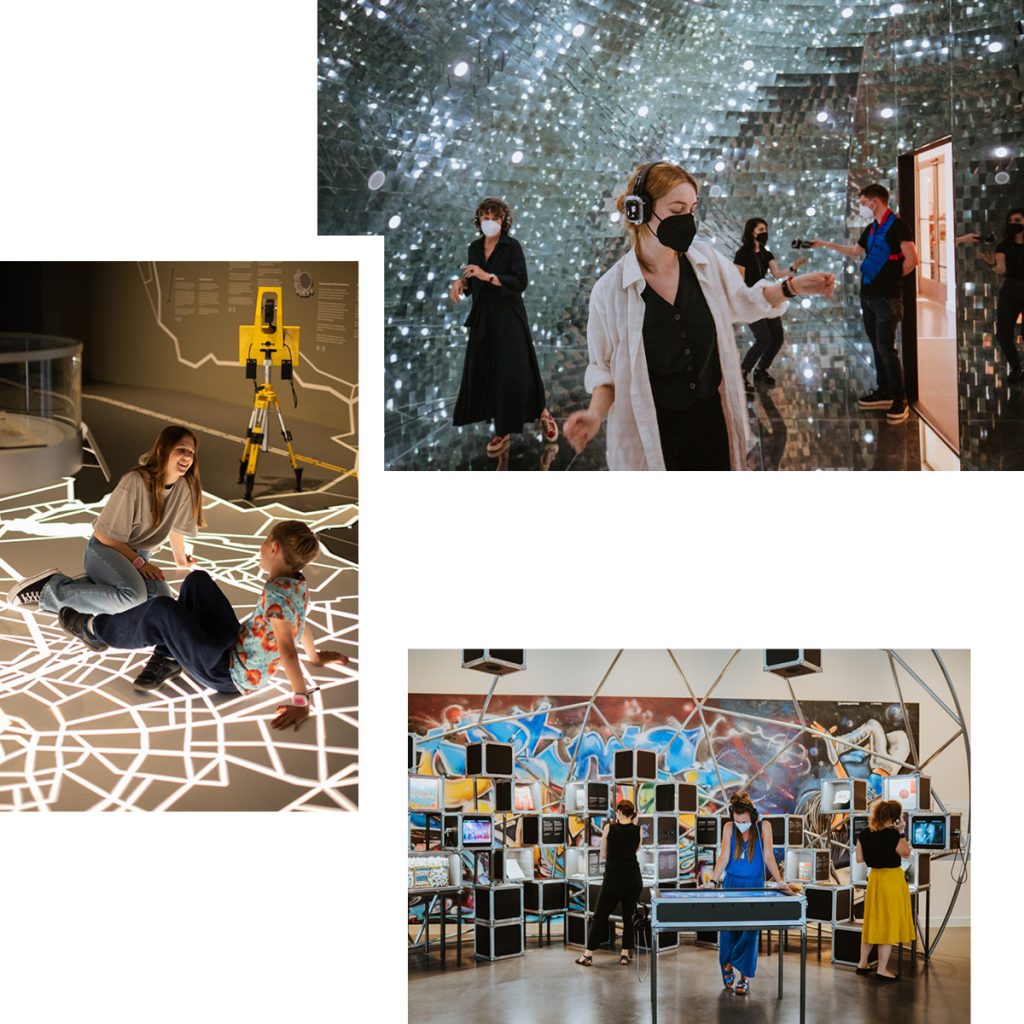 By far the largest object you’ll encounter at the Berlin Global exhibition is a rusting, graffitied steel door. It is the preserved entryway of the 1990s Tresor nightclub, where young people from the East and West came together to party after the Wall came down. Both door and club were located in the vault of the abandoned Jewish-owned Wertheim department store – a place that was raided by the Nazis in 1938. This steel artifact serves as a perfect symbol for the whole exhibition. Opened to great fanfare in summer 2021 alongside the Humboldt Forum itself, this high-tech 4000-square-meter show takes you on a journey through Berlin at its best – and its worst. The subject matter becomes clear as soon as you enter the Forum: a giant floor-to-ceiling mural in the mezzanine shows in vivid color key images from Berlin’s history, from 18th-century colonial dominance to modern-day protestors seeking to end this enduring injustice.

The exhibition itself tells Berlin’s story through seven themes, each with its own room: Revolution, Free Space, Boundaries, Entertainment, War, Fashion and Interconnection. These are big, difficult subjects which could easily overwhelm, but here they’re made accessible and fun by the use of state-of-the-art multimedia. Interactive maps, playable DJ decks, video projections galore and even a giant disco ball make this less a history lesson and more a multi-sensory adventure. It’s a daring, forward-looking show that feels like an anomaly amid the stiff Prussian grandeur of the Humboldt Forum. But then where would Berlin be without its contrasts?