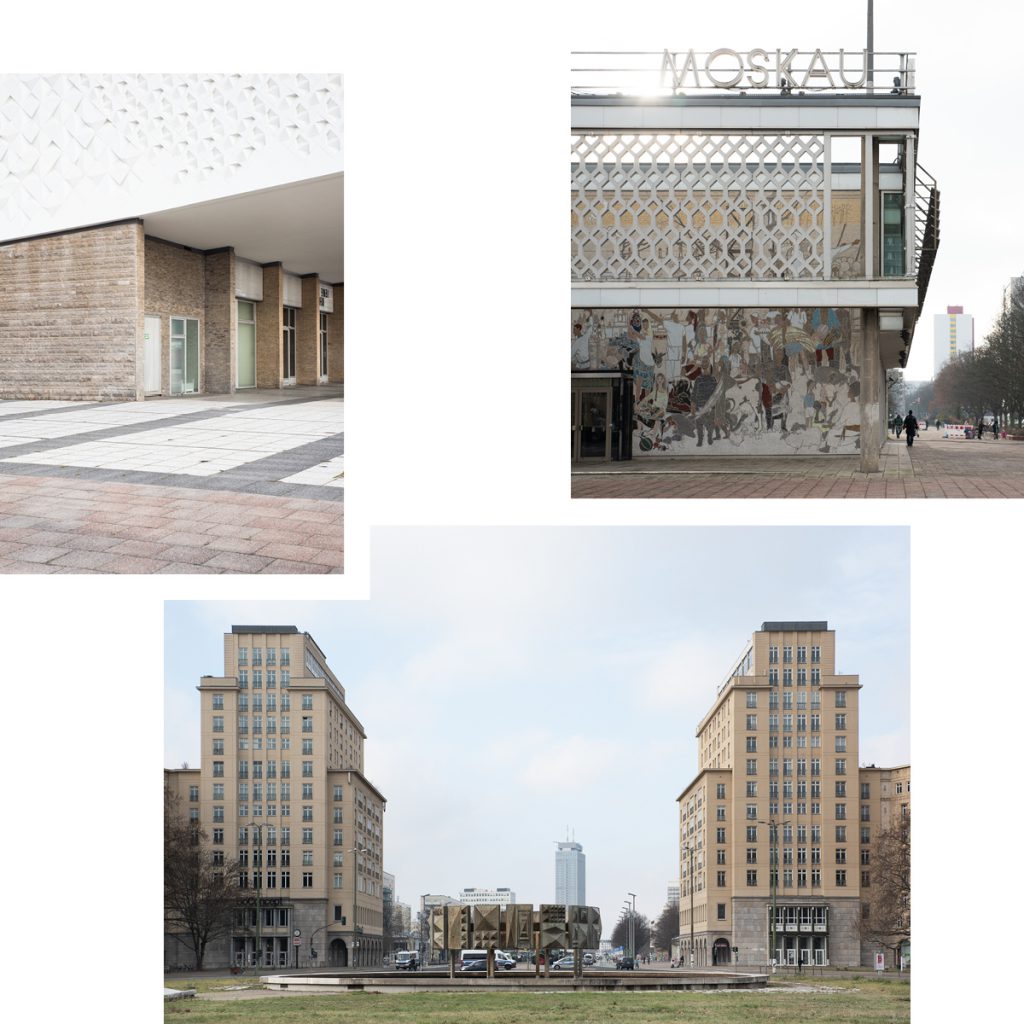 If Berlin’s east has a magnificent boulevard, then it is Karl-Marx-Allee. Its architect Hermann Henselmann created the imposing towers at Frankfurter Tor and Strausberger Platz that give the area its grand 1950s glamour. Today, there are hopes the boulevard will gain Unesco World Heritage status and so as part of the Art in Urban Space at Karl-Marx-Allee project the area around Kino International and Café Moskau will this year host four outdoor artworks starting this spring. Anton Steenbock and Peter Behrbohm plan to erect two sculptures based on the East German film “The Sons of the Great Bear”, while artists Michaela Schweiger, Ingeborg Lockemann and Inken Reinert are to create works inspired by the women of this former GDR neighborhood. Meanwhile, sculptures and works of art that once lined Karl-Marx-Allee are to be resurrected by Joachim Blank, Karl Heinz Jeron and Robert Sakrowski using augmented reality.

The outdoor exhibition series has already kicked off with radio shows which invite you on an audio walk through the neighborhood. In the first show (in German), cultural critic Thomas Flierl and conservator Georg Wasmuth talk about the architectural peculiarities of this East German showpiece street. They explain how the Allee has changed over the years while pointing to places which retain their GDR-era look. The pair focus on the details – the original ceramic tiles and geometric structural walls that you easily overlook in everyday life – letting you finally see your own city with brand new eyes.

“La Passante Écoutante (Listening and Walking) – Karl-Marx-Allee” is available on Mixcloud. The next show will be broadcast live on 16.02.2021 at 23h on Colaboradio and archived on Mixcloud.