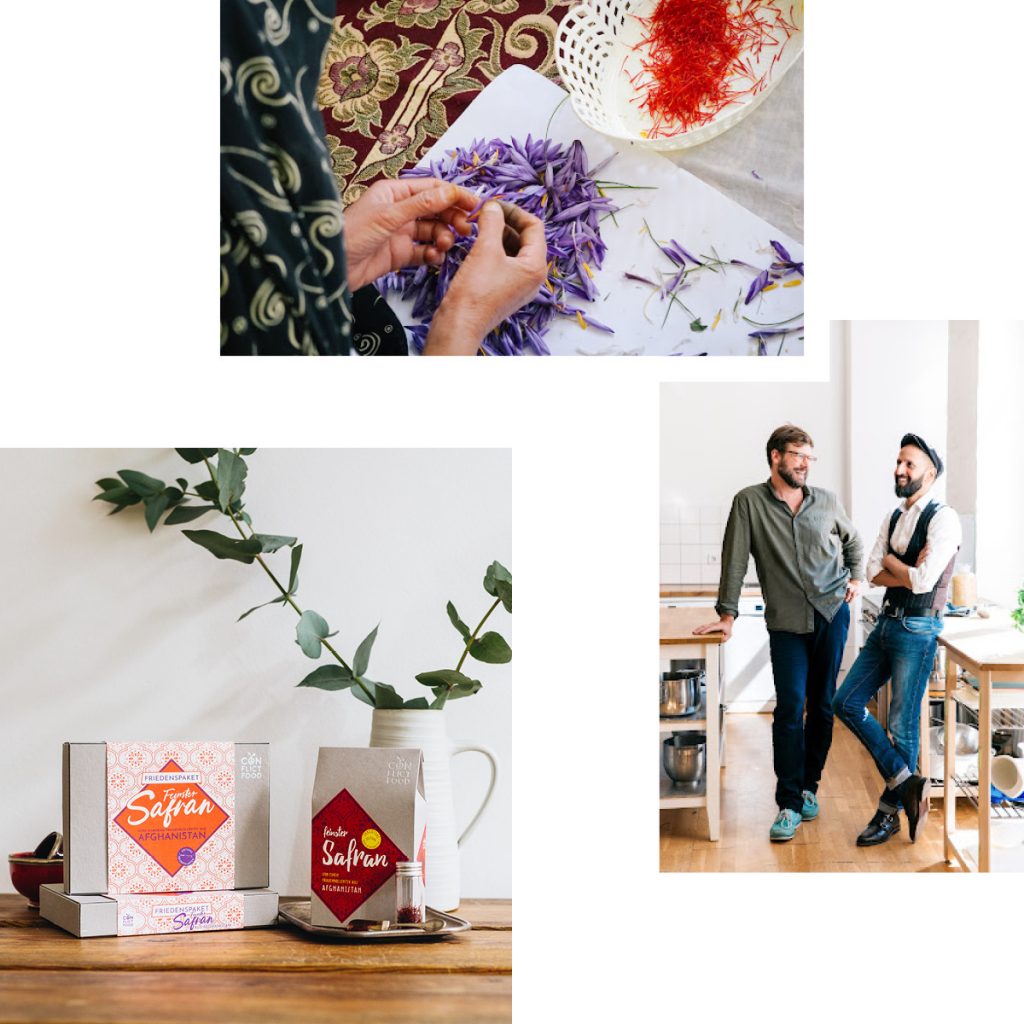 If you want to change the world for the better, you can do worse than starting with breakfast. Besides offering a caffeine kick, your morning coffee can also alleviate poverty and make the world a more peaceful place. At least that’s the promise of Conflictfood, the Berlin startup selling food and drink that makes a difference. Sourced from conflict-hit countries, its delicacies provide fair incomes to producers whose lives are affected by war. The Jadae coffee, for instance, is farmed by members of the Akha ethnic minority community in the highlands of Myanmar. Buying these farmers’ beans gives them an independent existence and gives you a great brew, with rich hazelnut and caramel aromas thanks to the hand-picked harvesting and gentle processing of the coffee.

But Conflictfood is about more than just coffee beans. The social enterprise was founded in 2016 by Salem El-Mogaddedi and Gernot Würtenberger, who began working with farmers in western Afghanistan to bring top-quality saffron to Europe. Where opium fields once stood, crocus plant meadows began to flourish. Since then, the duo have expanded the range with the likes of organic tea and aromatic dried ginger powder from Myanmar. A highlight is definitely the organic freekeh, an ancient grain that is produced in the Palastinian West Bank. Chewy and nutty, freekeh is full of fiber and is a great addition to Middle-Eastern inspired salad and meat dishes. Good dinners that do good: what’s not to like?

The Conflictfood range can be ordered online.