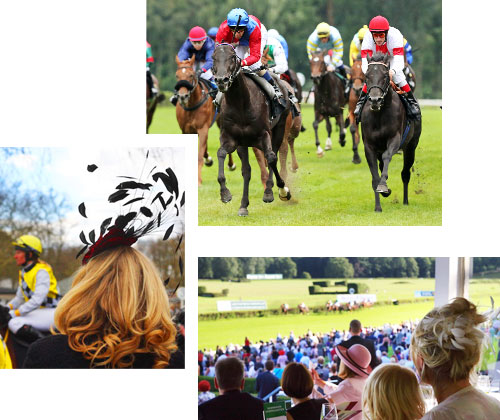 Back when I was a young girl, I could never understand what made little girls horse crazy. What was so special about them with their nervous whinnying noises, however graceful their strut may be, an animal you couldn’t do anything fun with except – ride? It took me years to understand that it was all about power. To dominate and control a creature that is a dozen times bigger, faster and stronger than you must give a childish ego a huge impact that nurtures confidence. Some time ago I accidentally ended up at the Hoppegarten race course in the hinterland of Berlin, where I relocated similar behavioral patterns. And guess what? Watching the jockeys trying so hard to win through control, and the crowd doing the same but instead by losing control (by betting lots of money on horses dominated by the jockeys) was such an intriguing clash of ambition. Of course it is also a good occasion to put on your fanciest hat and simply enjoy a cold drink in the heat of the race, in truth only dominated by the horses themselves.

Celina Plag has lived in Berlin since 2009 and studies art history while working as a fashion journalist. (Photos: Frank Sorge)