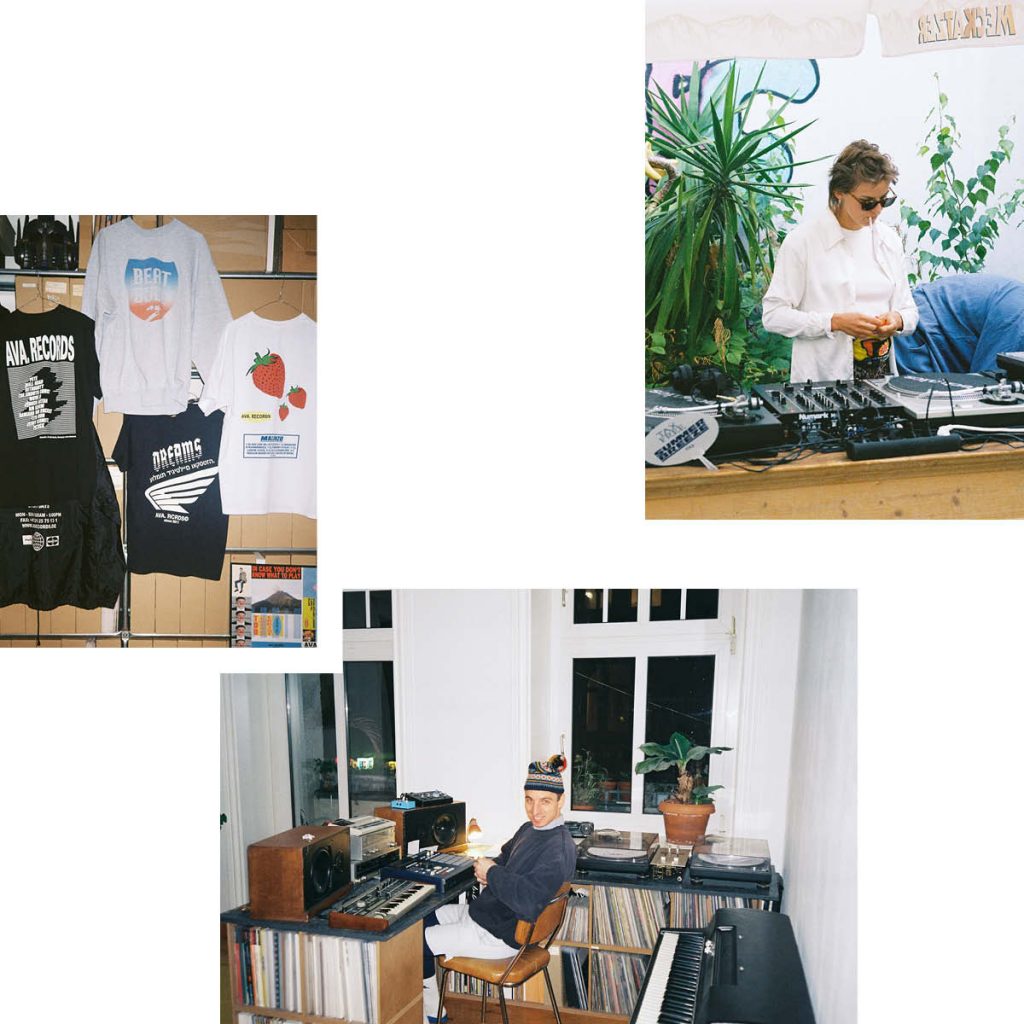 “Hello and welcome to hold music vol. 2” says the female voice at the end of the telephone line. What follows is electronic music – more specifically the latest release from Beatbude: “Hold Music Vol. 2. – music on hold available on 12″ and tape”. If you want to hear it, dial 030 577 13 001 (listen to the whole thing and you can leave a message). This fun idea comes from the middle of Neukölln, where Beatbude is located on the first floor of a building on Weserstraße. Based out of their home there, Charlotte Kehl and Juri Bader spend their days putting out new releases, working on their own projects and running the labels Tax Free and AVA. Records. When the pair are not doing that they’re shipping vinyl, CDs, tapes, magazines and mousepads around the world. The boxes are stored in the basement, the singles under the bed, the trolleys to shift it all outside. Delivery drivers who expect loading ramps, forklifts and pallets to assist their large deliveries are in for a shock when they turn their articulated trucks into the duo’s bike-friendly street.

Beatbude is many things: label, distributor, shop, organizer, studio and rehearsal room. The 90 sqm space is home to a sewing machine in the studio and drums in the bedroom. Customers picking up their orders in person are treated to a coffee and the chance to buy products that are officially sold out. Some of the cassette releases are made in such small numbers that you have to pick them up from car boot sales or from the shop directly. It’s worth checking out Beatbude’s Bandcamp, their meticulously-kept archive (est 2007) and their Instagram, where you’ll find announcements for upcoming events, often at short notice.

Beatbude – you can arrange a visit by appointment.

On Saturday, 25.06.22 there will be a car boot sale at Dieselstr.37 in Neukölln from 17h followed by a concert and music on Ziegrastr.11 from 20h. More info here. On 16.09.2022 Garagen Uwe’s debut album “Low Lights” will be released by Beatbude on vinyl and cassette.